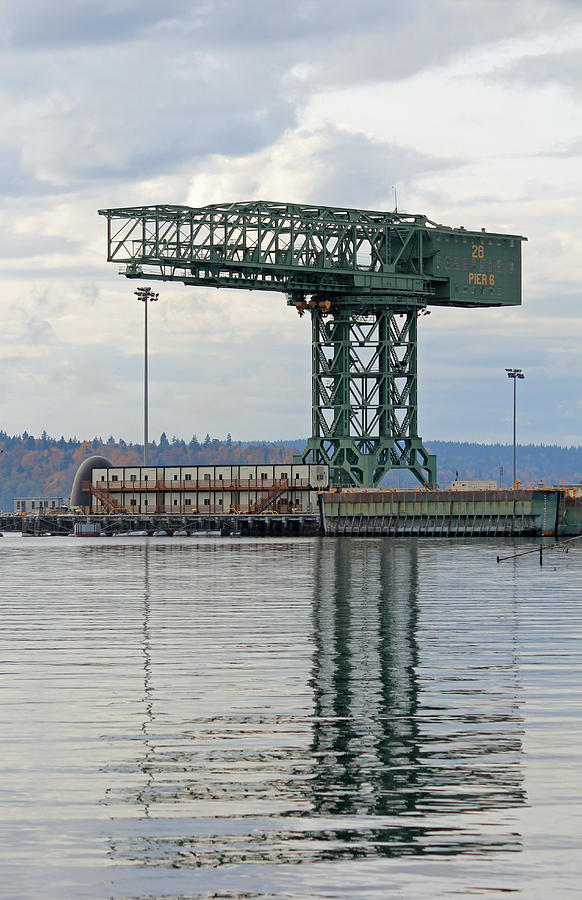 One of the first images visible when looking toward Puget Sound Naval Shipyard is the huge green hammerhead crane. It was built in 1933, stands 76 meters tall, 24 meters wide and has a lifting capacity of 250 tons. Although it continues to dominate the horizon, this steel structure has not been used since it was retired in 1996. Built with National Industrial Recovery Act dollars during the Franklin Roosevelt administration, it was transported via rail from the Pennsylvania manufacturer to the east coast where it was then shipped to Bremerton via the Panama Canal. Its future will surely be influenced by its standing as a National Historic Landmark.

A special thank you to the following Fine Art America groups for featuring this image:
-- PREMIUM FAA ARTISTS
-- ABC GROUP - S IS FOR STEEL

Thank you, Dan, for the Premium FAA Artists' feature of this image.