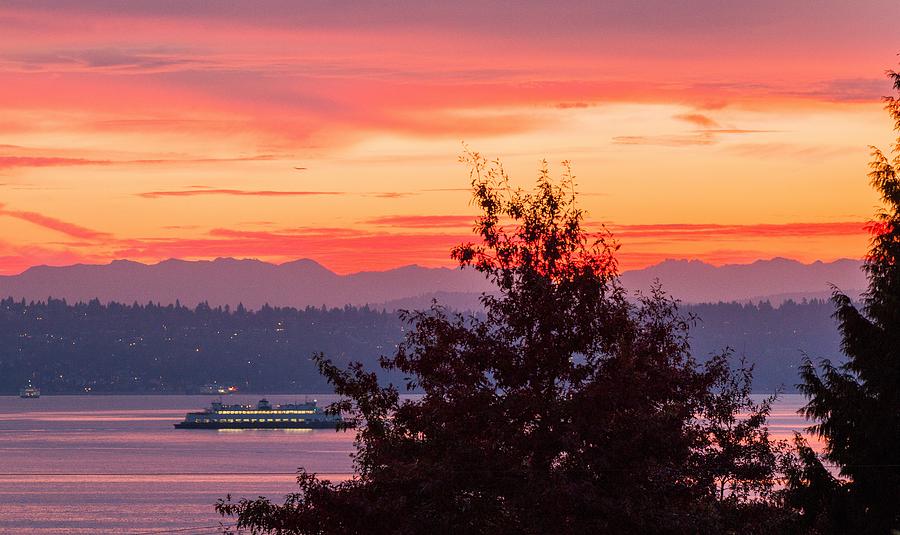 A fall sunrise from Southworth Ferry Landing on Puget Sound in Washington State. The near ferry is preparing to dock at Vashon Island. Ferries in the distance are pushing off or preparing to dock at Fauntleroy in West Seattle. These three boats comprise the triangle run between Fauntleroy-Vashon Island-Southworth. A popular ferry run for weekday commuters and weekend pleasure seekers.