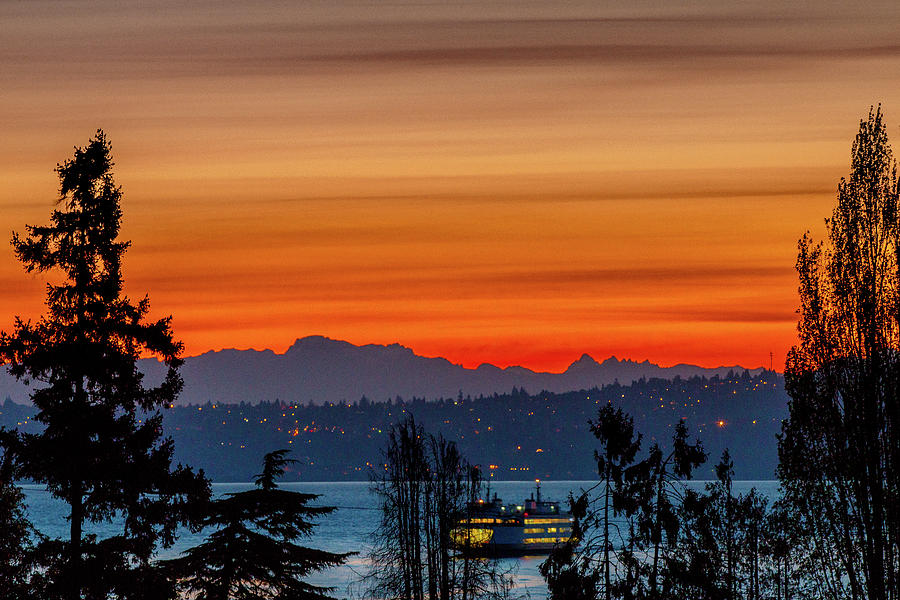 Orange Stripes in an April Sky

Orange Stripes in an April Sky

Washington State has one of the largest and safest fleet of ferries found anywhere. This ferry is one of three boats that comprise a triangle run between Fauntleroy (West Seattle), Vashon Island, and Southworth (Kitsap Peninsula). This eastern-looking gaze, captures the ferry as it is approaching the dock at Southworth where it will fill with early morning commuters. The lights in the distance, across the waters of Puget Sound, are those of West Seattle. The taller mountains in silhouette are a section of the Cascade Mountains that run the length of Washinton State and separate the desert-like expanse of the east side with the green west side.