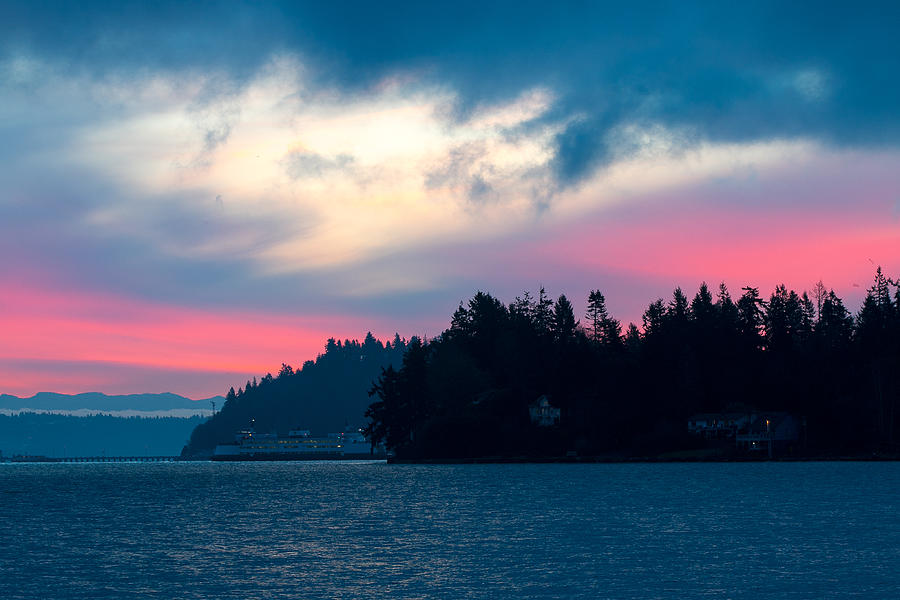 The silhouettes in the foreground are trees at Point Southworth. Those beyond the ferry are actually on Vashon Island. In the dark, the Washington State Ferry is hardly visible as it slips toward the Southworth Dock. Southworth, Vashon Island, and Fauntleroy (West Seattle) comprise a triangle ferry run with ferries operating nearly 22 hours a day. This spectacular sunrise represents the best of winter mornings.

A special thank you to the following Fine Art America groups for featuring this image:
-- ABC GROUP - C is for Coastlines

Thank you, Pamela Luther and the ABC GROUP - C is for Coastlines, for featuring "Pink Sky at Dawn". I'm grateful and honored.

Faithe... that is gorgeous!

I am loving the brightness of this, Faithe! Gorgeous!