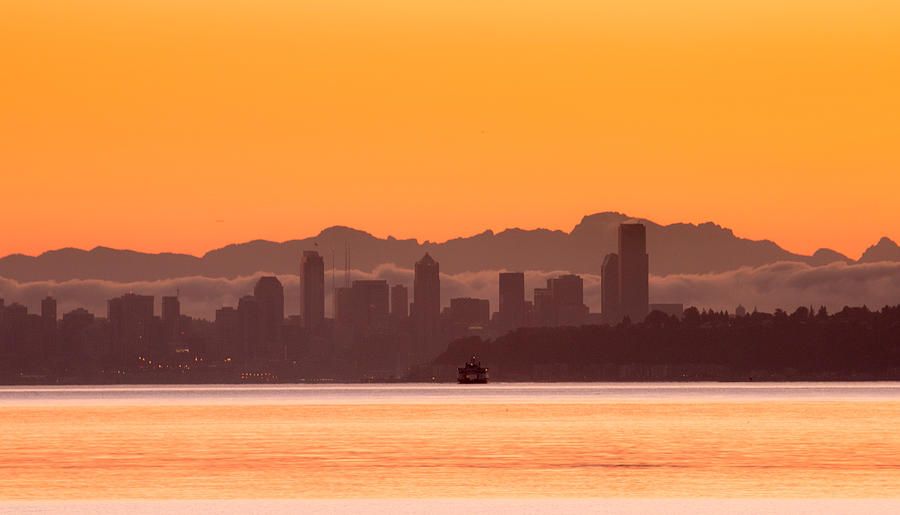 With the sun rising early, and far to the north, in the summer, everything visible began with an orange glow. The city skyline is that of Seattle as seen from across Puget Sound from the boat launch at Manchester. Discernible in the mid-foreground is one of the many ferries that Washington State sails between the mainland and the islands and peninsulas surrounding Puget Sound.